Cities Where Small Businesses Have Been Impacted Most by COVID-19 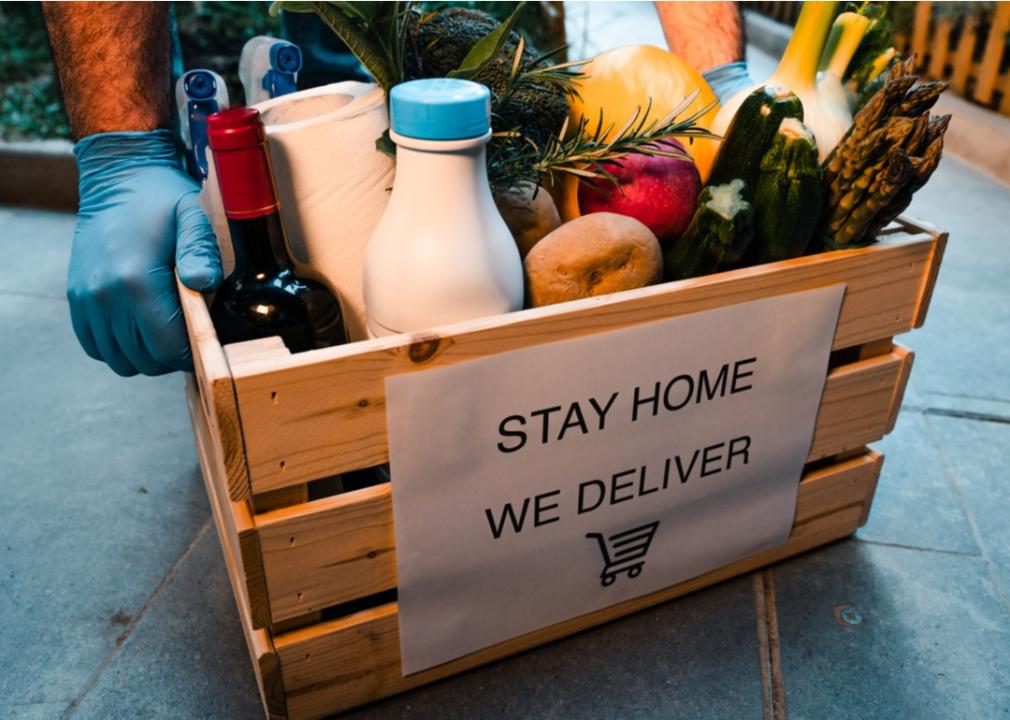 Cities where small businesses have been impacted most by COVID-19

As many workers and students stayed home, the small urban businesses that catered to their everyday needs were left empty-handed. Looking ahead, research from Upwork in 2020 shows that anywhere from 20–25% of U.S. workers will not be returning to their offices, but will be employed remotely over the next five years.

Even as the coronavirus-related restrictions ease, small businesses report trouble recovering due to labor shortages. Many employees who lost their jobs in the pandemic are looking elsewhere, seeking better wages or improved conditions, while others have opted for retirement or are still weighing their options.

Small businesses were hardest hit in the hospitality and tourism fields, and they still face an uphill battle. Forecasts indicate it will take until 2022 until domestic leisure travel hits pre-pandemic levels, and hospitality room revenues will take until at least 2024 to recover.

Some startups will not see a recovery and have shut down for good. In particular, Black-owned businesses that already faced barriers to investment were at particular risk. A study by the National Bureau of Economic Research found Black businesses closed down in early 2020 at more than twice the rate of white-owned businesses. Another survey found only 12% of Black and Hispanic business owners got the funding they sought through the federal Paycheck Protection Program designed to help keep small businesses operating. Still, more research shows that 75% of all small businesses—and 86% of businesses owned by people of color—remain concerned about the impact of the coronavirus on business.

To determine the cities where small businesses have been most impacted by the coronavirus, Burkland analyzed the May 2021 U.S. Census Bureau Small Business Pulse Survey. The monthly survey measures the effect of changing business conditions during the coronavirus in the 50 largest metropolitan statistical areas. Based on the data, cities were ranked by the proportion of respondents who felt the pandemic had a large or moderate negative effect on their businesses. Other data, including change in operating capacity and “return to normal” sentiment is included for context. 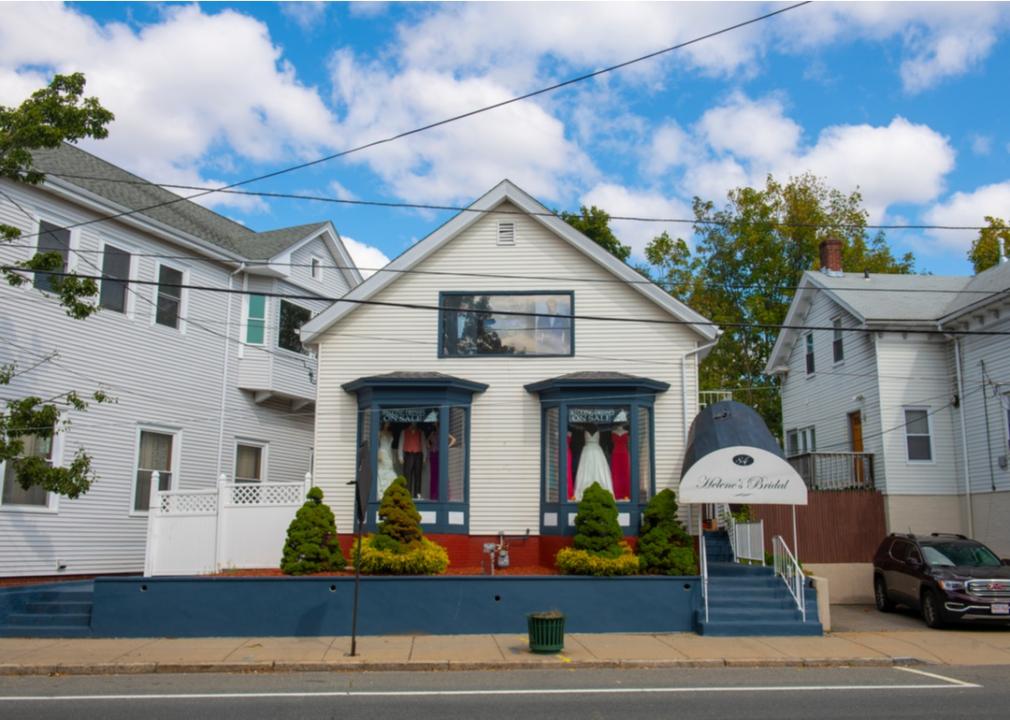 Small businesses in the Providence-Warwick, Rhode Island-Massachusetts, region were highly reliant on tourism and the events industry, so the economic impact of restrictions caused by the pandemic was severe. At one point, the Rhode Island Convention Center was turned into a field hospital. The area’s tourism and the events industry, which tended to hire low-wage workers, attracted foreign visitors who have been slow to return.

Adding to the area’s economic recovery are preexisting troubles that include an aging population, a problematic education system, and a poor business climate, which already damaged its ability to compete for investments and companies bringing job opportunities. In 2020, according to the U.S. Small Business Administration, small businesses comprised about 99% of all the state’s businesses. 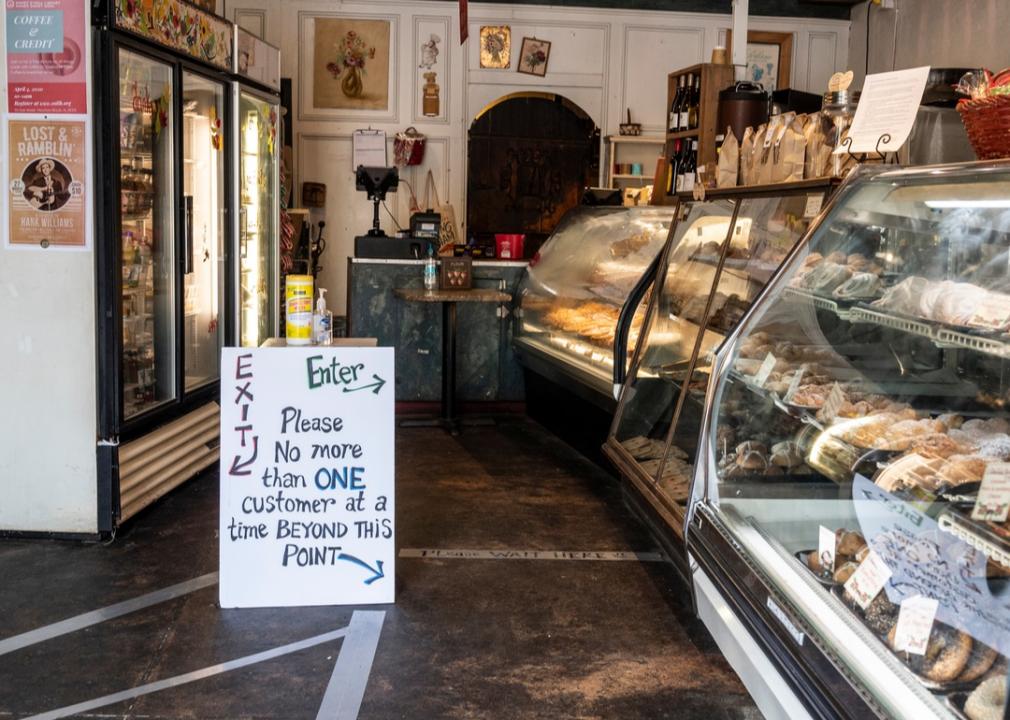 In the fall of 2020, the city of Birmingham, Alabama, faced a gaping $63 million budget shortfall, as the pandemic slammed the local economy and businesses. At the start of 2021, several hundred fewer companies sought business licenses to operate in the city.

Its preexisting inequalities, with booming downtown areas offset by swathes of low-income areas, grew more vivid with the impact of the pandemic. Low-wage, small businesses in outdated retail and industrial areas were particularly hard hit. Access to capital and resources for financial recovery also is unequal, experts say. However, the city’s business revenues have grown more robust in recent months. 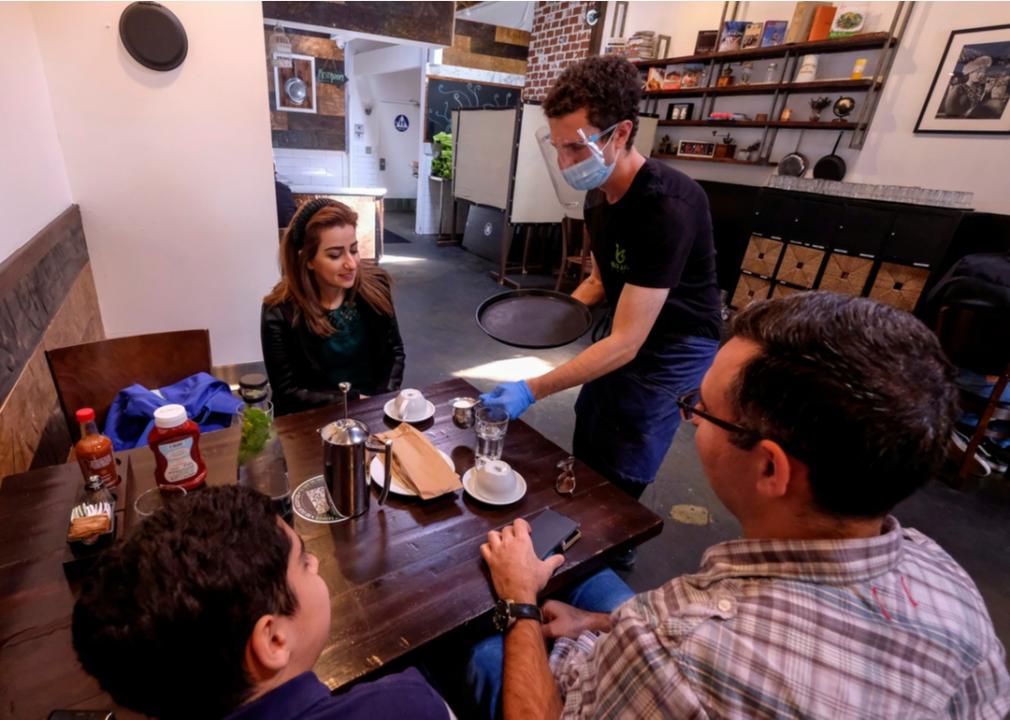 Tourism is critical to small businesses in Los Angeles, Long Beach, and Anaheim, California, and pandemic-related restrictions on travel and public gatherings exacted a serious toll. Areas like Olvera Street and Hollywood in Los Angeles struggled with the lack of visitors.

One report found 15,000 business closings in Los Angeles County during the coronavirus, half of them likely to be permanent. Hardest-hit were restaurants, bars, retail stores, gyms, and salons, as well as startups owned by women and people of color who tended to have small financial cushions and less established relations with banks to obtain loans.

Small businesses in Anaheim rely on theme parks like Disneyland, which had more than 18 million visitors in each of the three years before the coronavirus-stricken 2020. Theme parks were forced to shut down to help prevent the spread of the virus, and even when they reopened this year have been operating at restricted capacity. 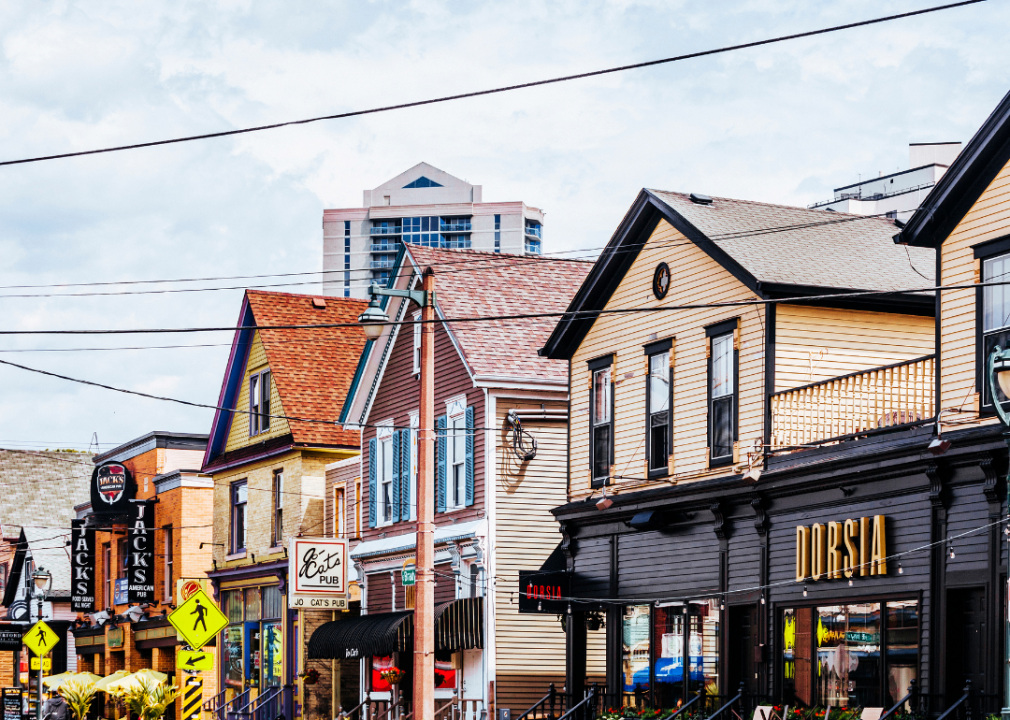 The impact of the coronavirus on small businesses reflected the racial breakdown in the Milwaukee-Waukesha area, experts say. Many local small businesses are Black-owned and have less savings and access to capital to fund resilience in hard times.

Research has shown that the pandemic disproportionately affected Black-owned businesses, which, for example, were less likely than white-owned businesses to get the funding they caught under the government’s Paycheck Protection Program. Other research found that Wisconsin ranked at the bottom among U.S. states regarding racial economic equality. Wisconsin has more than 456,000 small businesses, employing nearly half the state’s workers, according to the U.S. Small Business Administration. 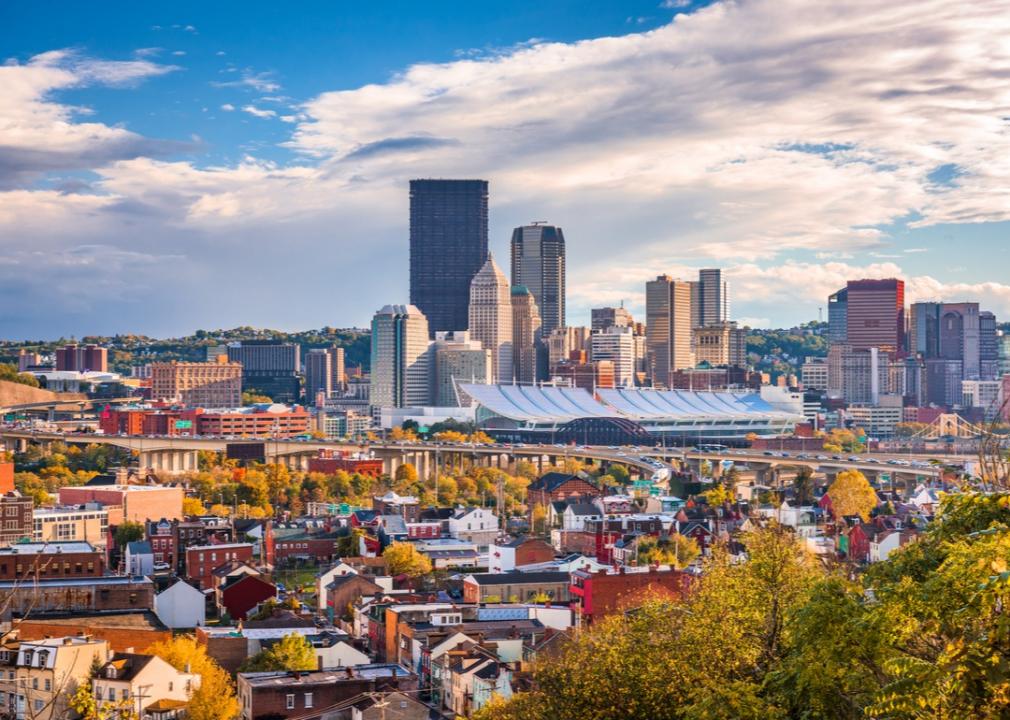 Small businesses like restaurants in Pittsburgh and elsewhere in western Pennsylvania are struggling with getting workers back, local owners say. Some workers are said to be faring better without jobs, but on unemployment benefits.

Others are opting for steadier jobs such as those at fast-food chains rather than any in the volatile small restaurant industry, according to business owners. At the same time, food prices are high, due to disruptions in supply chains, potentially forcing small restaurants to raise prices just as they are trying to rebuild their clientele. 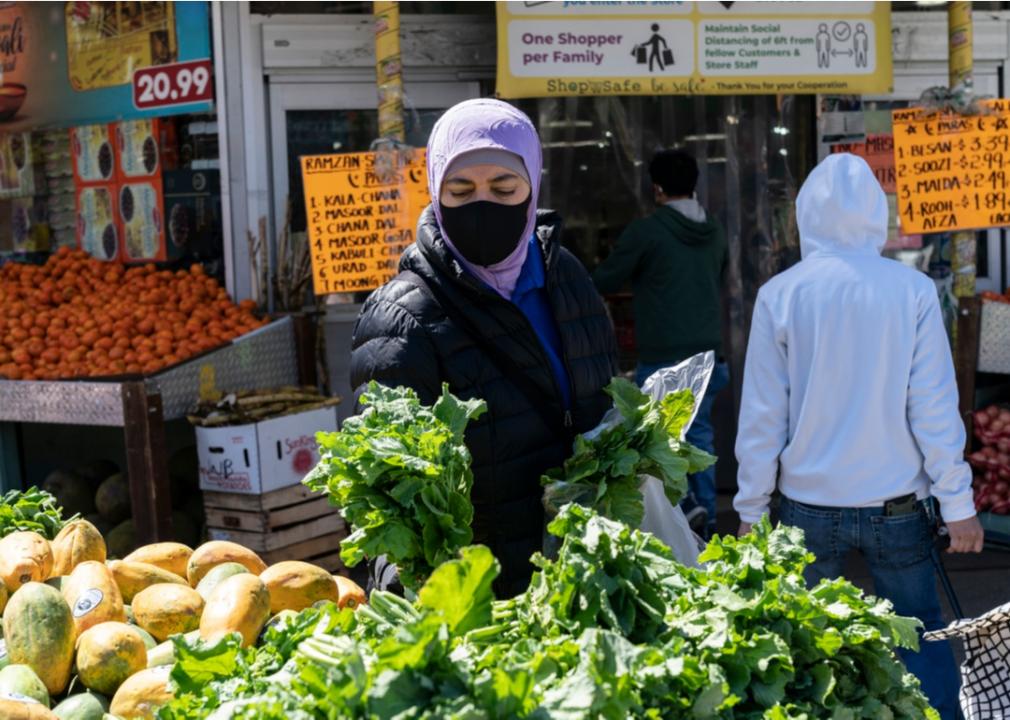 Startups in New York City, and across the Hudson River in Newark and Jersey City, New Jersey, are intricately entwined with the metropolitan area’s tourism and its fleet of office workers. The lockdown prompted by the coronavirus in 2020 meant many of the 1.6 million people who regularly commuted to Manhattan alone were staying home.

Even as COVID-19 infection rates subside, many people still plan to work remotely. Tourism in the city hit a record high of 66.6 million visitors in 2019, only to plunge by two-thirds in 2020. Attendance has been restricted at major sporting events that were big tourist draws, and Broadway shows are only reopening gradually through the year. 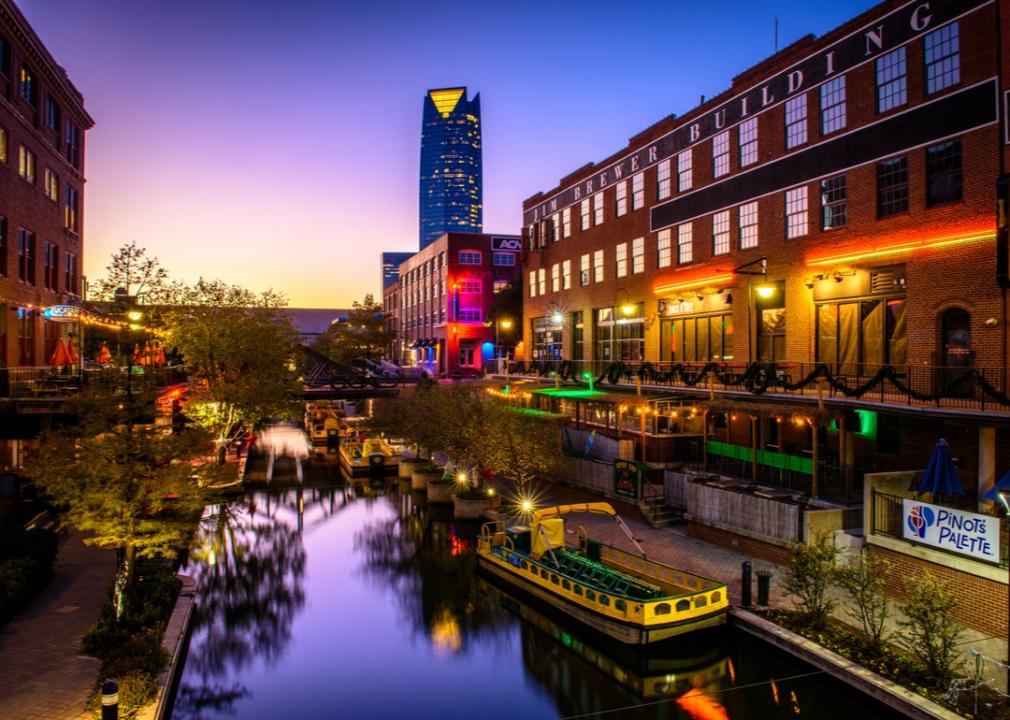 Financial struggles in the hospitality and energy industries have had a significant impact on small businesses in Oklahoma City during the coronavirus. Significantly, thousands of jobs, many of them well-paying, have been cut at oil and gas companies, as the energy business has coped with the fallout of so little demand for travel fuel.

One local forecast has predicted that a near-term return to the industry’s boom time is unlikely. Experts say the region’s strong ties to and reliance on the energy business leave the city vulnerable to wide-ranging potential economic uncertainty both domestic and international. 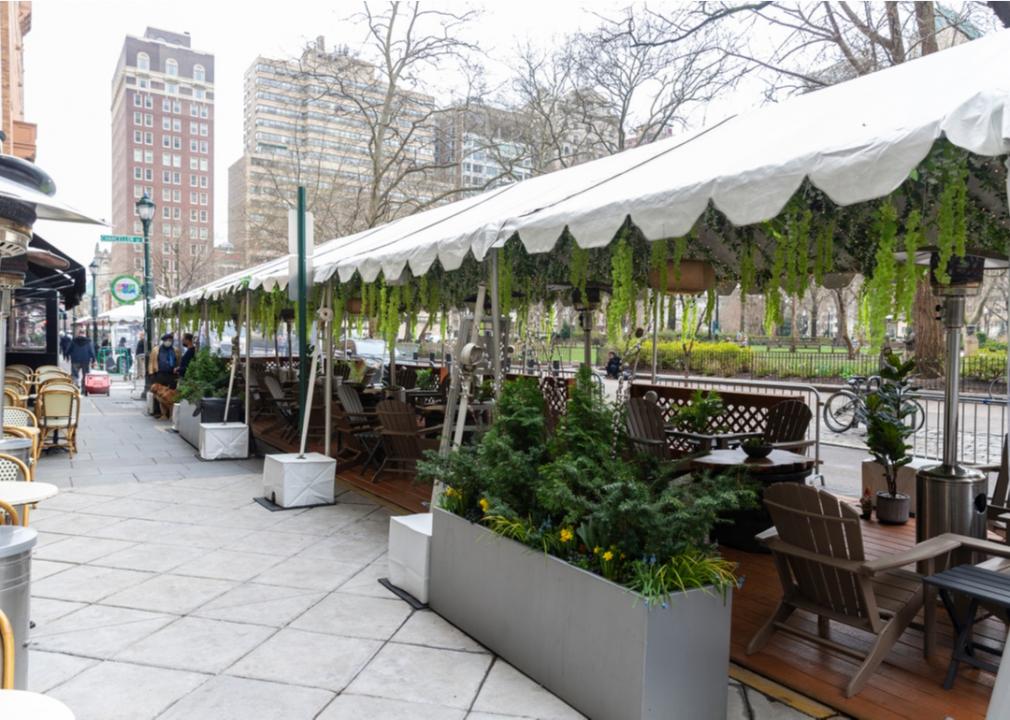 The shift to remote work during the coronavirus left many small businesses in the tri-city Philadelphia, Camden, and Wilmington region struggling. In 2019, pre-pandemic, some 120,000 people commuted to jobs in Philadelphia’s Center City neighborhood alone from the suburbs, spending $824 million each year on retail, food, and other services at businesses near their offices. Local eateries counted on brewing morning coffees, feeding lunch patrons, pouring after-work drinks, and catering office functions.

Delaware has recovered more than 60% of the jobs it lost at the beginning of the pandemic, thanks to its reliance on the strong finance and insurance industries. But in the battered hospitality and tourism industries, net revenues for the small businesses were still off by 50% from pre-pandemic levels as of spring 2021. 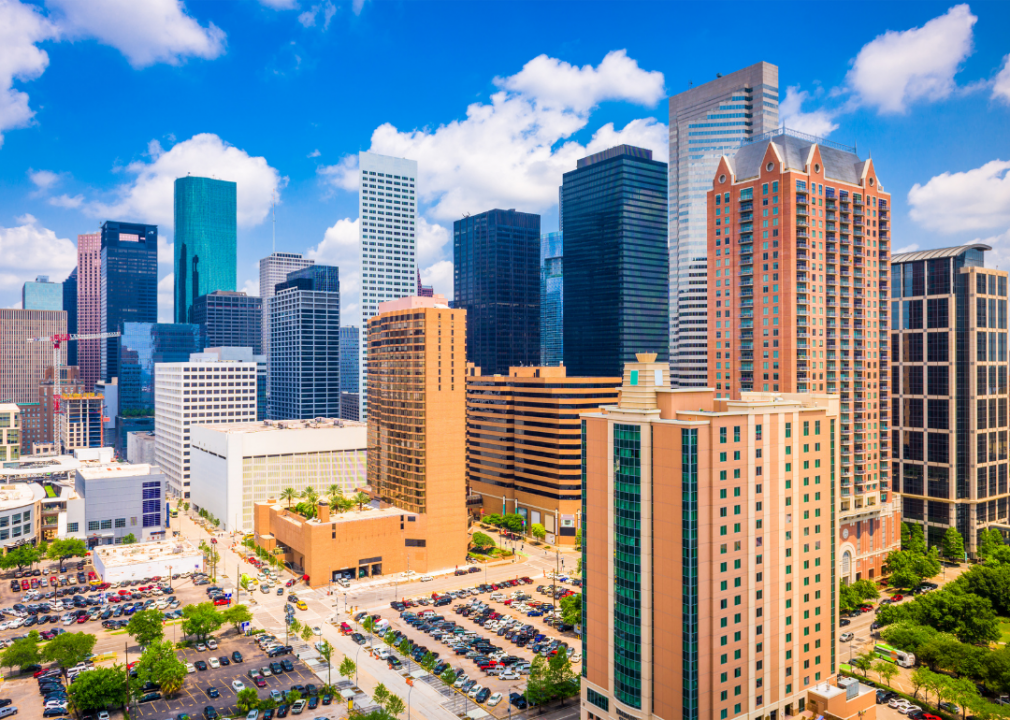 Small and mid-size businesses in Houston were slammed in the hospitality sector by pandemic-related shutdowns and slowdowns. One event space company said it lost 87% of its business as gatherings like weddings and conferences were canceled in 2020.

Getting workers vaccinated remains an issue, local owners say. Nearly half reported in a local survey that they would require employees to get vaccinations to help get their businesses going again. But one in four owners said they would be able to survive current economic conditions for only up to a year, and many predicted being forced to raise prices to make a go of it. 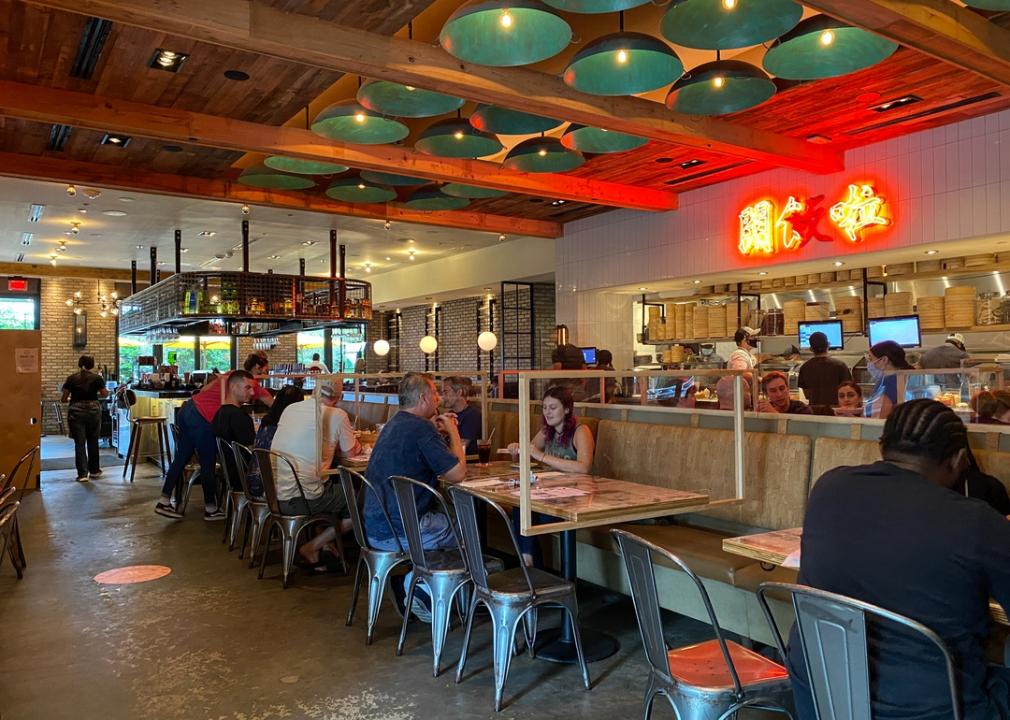 The shuttering of theme parks and the severe slowdown in tourism and travel ravaged small businesses in Florida’s Orlando, Kissimmee, and Sanford regions. Before the pandemic, the tourism industry in Orlando was the largest in the nation, at $26 billion a year. About one in five Orlando workers was directly employed in hospitality and leisure in 2019. In 2020, it had one of the steepest employment drops in the nation.

With the lifting of restrictions, local businesses still say they are struggling to find workers. Some blame former workers who now are faring better with unemployment benefits, while others say workers are reluctant to turn to jobs that typically did not pay well and do not provide benefits.

Burkland provides expert Fractional CFO services, Startup Accounting services, tax services and people operations to 650+ startups across the United States. Reach out to us to learn more about how we can help your startup or portfolio company.